Set to become the newest member of the Grand Ole Opry next month and praised by the Los Angeles Times as “one of Nashville’s most emotionally incisive songwriters with a voice that can channel pain as vividly as defiance,” Ashley McBryde continues adding triumphs to her milestone year as she earns her fifth and sixth GRAMMY nominations with Best Country Duo/Group Performance for her chart-topping duet “Never Wanted To Be That Girl” with Carly Pearce and her third nomination for Best Country Album for her critically acclaimed project Ashley McBryde Presents: Lindeville, which marked her third major label studio release via Warner Music Nashville.

“I’m so proud to be able to share these nominations with so many friends and collaborators – for a duet we wrote and took to No. 1 with Carly and the entire cast of Lindeville, where we gave ourselves the opportunity to change the approach and make decisions based solely on serving the songs,” shares McBryde. “I’ve always said that recognition from the Recording Academy and joining the Grand Ole Opry are the two best things that could ever happen to you as an artist, so here I stand just in awe of this moment. It’s such an honor to be right here right now. And especially in such good company.”

Cited by NPR as “a mischievous, and mightily pleasing, departure from the prescribed progression of a mainstream country career,” Ashley McBryde Presents: Lindeville was produced by John Osborne and features performances from Brothers Osborne, Brandy Clark, Aaron Raitiere, Pillbox Patti, Caylee Hammack and Benjy Davis, as AP observes, “McBryde and crew created detail-rich storylines with a John Prine level of empathy and compassion.”

“The very existence of an album like Ashley McBryde Presents: Lindeville is enough to restore your faith in Nashville, however far afield it might have wandered,” Variety boasts, making it “Country music’s most ambitious and oddball album in recent memory,” emphasizes Esquire.
Celebrated by Rolling Stone as “one of Nashville’s most exciting new exports, an ace songwriter who is also an ace singer and performer,” McBryde “has made abundantly clear over the course of her short but fruitful career, she is principally interested in peeling back the layers and speaking the truth,” asserts Vulture.

Summed up by Stereogum, “There’s a whole lot of beautiful writerly vision at work on Lindeville, but it wouldn’t matter if the songs weren’t great. Guess what? The songs are great… A lot of people put a lot of work into this record, and they made something that resonates on a deep, emotional level. Give it up for them.”

“When it comes out,” McBryde shared with Esquire, “I hope everybody laughs a little bit and I hope everybody says ‘What the f*ck?’ a little bit. Sometimes you look and realize, this town is such a mess, everybody here is a disaster. And in the same breath, in that same three minutes, everybody’s okay. And I love those times. Sometimes I wish I could make that stand still a little bit longer—we’re all a disaster, and it’s beautiful. And that’s true whether it’s a small town or a big city.”

In 2023, McBryde invites you to the revered Ryman Auditorium to experience Ashley McBryde Presents: Lindeville Live, featuring the cast of collaborators and special guests performing songs from her critically acclaimed album, February 15 and 16. Tickets are available at AshleyMcBryde.com.

Paying homage to the radio programs of yesteryear, McBryde confirms Stereogum’s observation of the ringleader: “Here’s someone who loves and respects the age-old storytelling traditions of country music and who wants to find strange new ways to honor those traditions.” 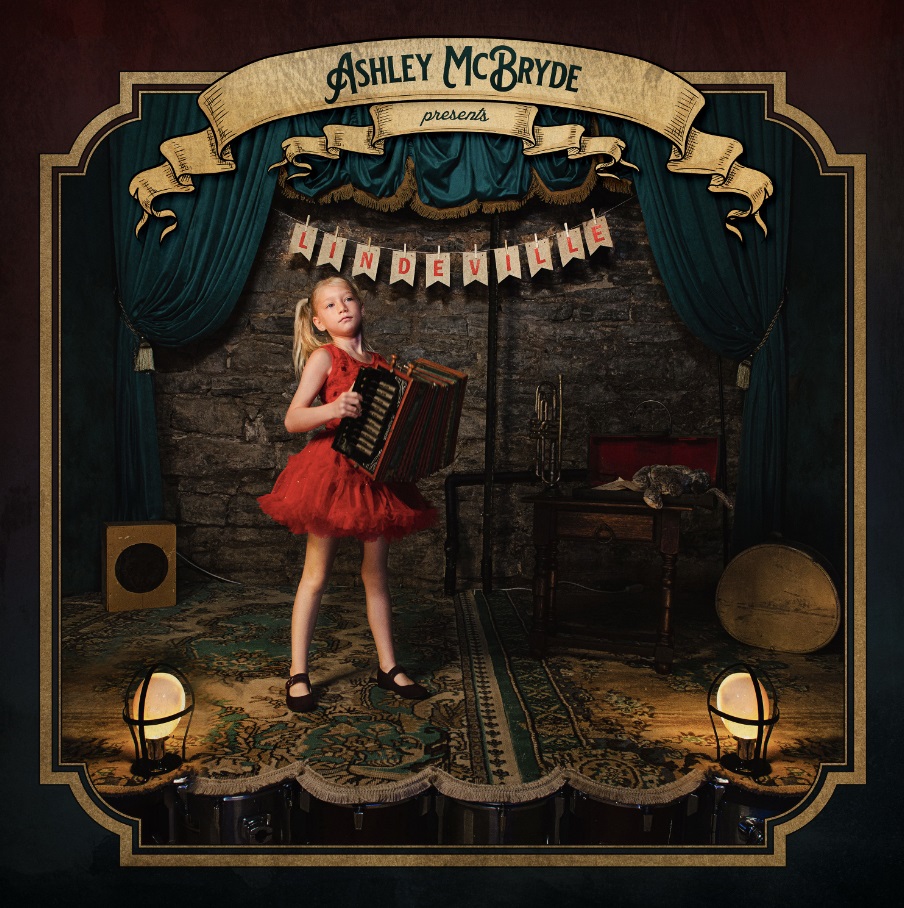