“It’s a beautiful night for country music,” McBryde said, beaming. “Here’s what you’re gonna experience: some country songs, some rock songs; some happy ones, maybe some sad ones; some slow ones, some fast ones and some half-ass ones,” the Arkansas-native noted after “El Dorado.” “Let’s get on with it!”

As the crowd rejoiced alongside her, she launched into “American Scandal” from her Warner Music Nashville debut album Girl Going Nowhere, and the at-capacity crowd was reminded why Billboard frequently uses the word “authentic” when describing the singer/songwriter and expert storyteller.

Only six songs in, she teed up her GRAMMY nominated “Girl Goin’ Nowhere,” forced to take a few steps back from her microphone throughout the performance to take in the crowd’s reaction to her line “I hear the crowd,” eventually composing herself before continuing.

The night’s opening act Lainey Wilson, an up-and-comer with Top 5 hit “Things A Man Oughta Know,” also returned to the stage joining McBryde on the Linda Ronstadt/The Everly Brothers’ “When Will I Be Loved.” McBryde sharing prior to their collaboration, “How about a nice round of applause for our sister, we’re so proud to have her!”

Occasionally pausing to survey and absorb the energy of the audience, McBryde shared, “Here’s one of my other favorite reasons to love country music, live music period. For as long as I stand here, as long as Lainey stands here, as long as you stand or sit here, nothing else gets to matter. For 90 minutes, I’ve got no problems. There’s nothing else in this world that can accomplish not giving a shit that doesn’t come in a bottle or a pill. Country music, it only elevates. So, if you had a great day today, we’re so happy you chose us to celebrate with, and if you had a shit day today, you leave the rest of that to us.”

And with the crowd celebrating McBryde in full control, she then surprised the audience with a special guest, simply introducing him saying: “Eric F*cking Church.”

The reigning CMA Entertainer of the Year was met with thunderous applause before the pair closed out the set with a performance of the Allman Brothers Band’s classic, “Midnight Rider,” creating a full-circle moment from early in McBryde’s career when Church invited her onstage at a Chicago tour stop in 2017 to perform the emotive, fan-favorite “Bible and a .44” together.

As that song followed, Church watched on from side stage with pride.

McBryde ended night one at the Ryman with the bluesy Girl Going Nowhere closer, “Home Sweet Highway,” a fitting encore closer as McBryde and her band celebrate being back out on the road after being away from “home” for more than 15 months.

Catch McBryde at one of the 23 additional dates on her This Town Talks Tour, wrapping in early 2022. 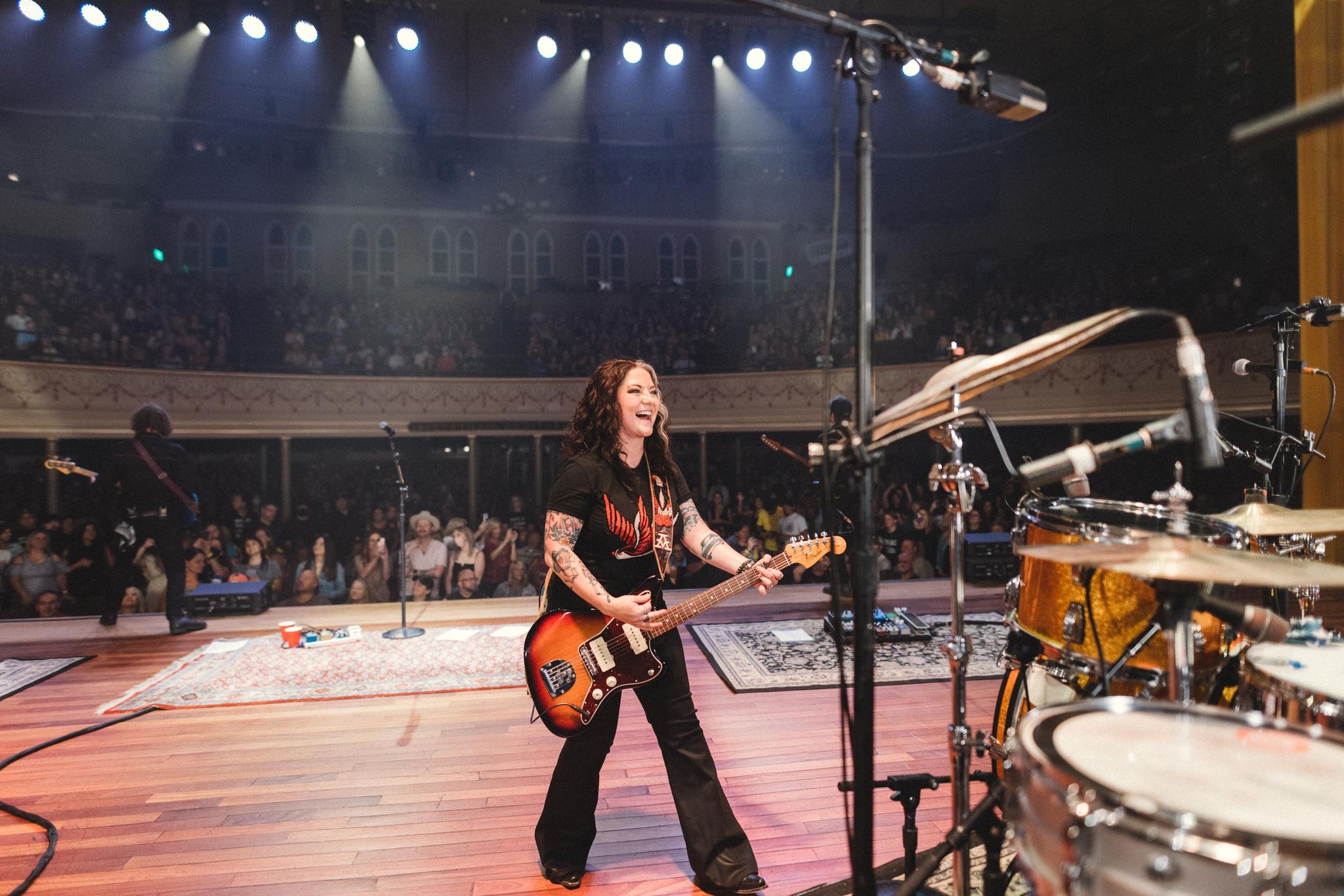